Scott Anthony is a 47-year-old native of Cleveland, OH (and still a die-hard Browns and Ohio State Buckeye fan!!) and has been involved in professional Catholic youth and family ministry for over 27 years. He is in his 23rd year of ministry as the Director of Youth & Young Adult Ministries at St. Joseph Parish in York, PA.

Scott attended Franciscan University of Steubenville for two years before transferring to New Mexico State University where he obtained a BA in History. In 1997 God gave Scott a vision and called him to develop the Fan the Fire Youth Rallies: Eucharistic-centered events for high school students that draw upwards of 500-800 people annually in both York, PA and Newtown, CT. In the past 20 years over 19,000 teens have experienced Jesus at Fan the Fire.

In addition to his full-time parish ministry, for the past 13 years Scott has been blessed to travel around the country speaking at the parish, diocesan and national level to both teens and adults. Some highlights of this speaking ministry have been keynoting youth rallies in several states, leading workshops at the NCEA, NCYC and NCCYM conferences and being featured on the EWTN show “Life on the Rock” in 2013. Scott has also had several reflections published in Shalom Tidings magazine and at Anygivensundayproject.org

But the true joy and work of Scott’s life is his family. He’s been married for 25 years to his beautiful wife Teresa and they have eight children on earth (Mary Kate, Cecilia, John Paul, Max, Rose, Benedict, Joseph and Lucy) and 3 in heaven (Dominic, Regina and Sebastian). 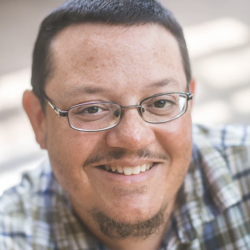